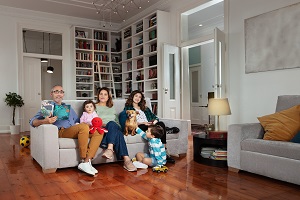 
Statistics Portugal releases the Provisional Results of the XVI General Population Census and VI General Housing Census— Census 2021 —, eight months after the census day (19th April), thus bringing forward the announced date in the 2021 Census Action Programme — February 2022. The anticipation of the date of the Provisional Results was possible due to the high response of the population to the Internet mode data collection and the effectiveness of the data processing and validation systems.

The Provisional Results constitute an intermediate stage of the data processing and validation systems. They are the second moment of dissemination of the 2021 Census and allow for a set of statistical results of high interest for population and housing stock knowledge.

The population's level of education has increased significantly over the last ten years, with the higher education and secondary and post-secondary education population increasing in number.

The number of people living alone also increased compared to 2011 and the average size of private households decreased.

Regarding the housing stock, Portugal registered a slight growth in the number of buildings and dwellings, although at a much slower rate than in previous decades.

The weighing of main residences increased slightly, compared to secondary ones.

In 2021, 70% of the dwellings are owner-occupied, although this percentage has been decreasing in recent decades while rented dwellings registered an increase of 16% compared to 2011.

The Provisional Results of the 2021 Census provide 17 statistical indicators at the level of the parish geographical area. They are available on the Statistics Portugal portal and on the 2021 Census Dissemination Platform, Census.ine.pt