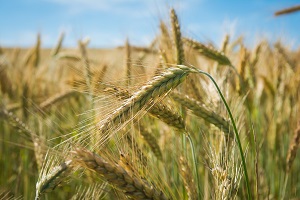 
Early estimates, on July 31, point to a cereal campaign strongly marked by a severe to extreme drought observed in much of the vegetative cycle of winter cereals. The current harvest is expected to be the second worst since there are systematic records, just higher than the production of 2012 and close to that of 2005 (also years of extreme droughts). Potato fields were also affected by the drought and by the very high temperatures that inhibited tuberization, resulting in yield decreases as well as marketing difficulties. On the other hand, despite the escalation of the prices of means of production and the scarcity of water that, in many private irrigation schemes, has conditioned the frequency and allocation of irrigation, the scenario in spring crops is not so negative, with a forecast of a 5% increase in the area of grain maize and the maintenance of yields in rice and tomato for processing, compared to the previous year.

The heat wave, which peaked between the 7th and 17th of July, caused scorch in fruit trees, mainly in apple and pear trees, and also in vineyards, crops which foreseeably will have yield drops of, respectively, 15%, 30% and 10%, compared to the previous campaign. In stone fruits, harvested production should be 25% lower for peach, while for almond, as a result of the entry into production of new orchards, production is estimated to be close to that achieved in 2021.