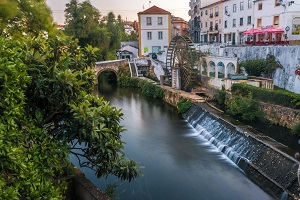 
Statistics Portugal releases the Regional Statistical Yearbooks, which include a wide range of statistical information at regional and municipal levels. From the topics analysed in this press release, it is important to highlight:

• Labour Market: in 2021, the employment rate in predominantly urban areas was higher than the average for the country (56.5% and 55.3%, respectively), and stood below that threshold in medium urban areas (53.6%) and predominantly rural areas (50.0%). According to the Lists of personnel, in 2020 the mean monthly earning of full-time employees with full remuneration was less than 1,000 euros, for 50% of the 308 municipalities.

• Construction and Housing: in 2021, 47 municipalities, mostly located in the sub-regions Algarve (14 out of 16 municipalities) and Área Metropolitana de Lisboa (16 out of 18), scored a median price above the national value. The municipality of Lisboa (3 531 €/m2) recorded the highest price in the country.