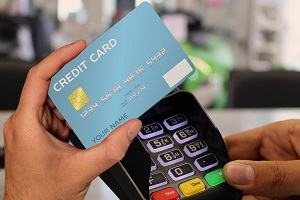 
The Consumer confidence decrease in September and October, reaching a value close to that recorded in April 2020 at the beginning of the pandemic. The balance of Consumer opinions on the past evolution of the price level increased in the last two months, renewing the maximum value of the series that had been recorded in the previous two months, following the markedly upward trajectory that began in March 2021.

The economic climate indicator decreased between August and October, reinforcing the downward movement started in March and reaching the minimum since April 2021. The confidence indicators of the Manufacturing Industry, Construction and Public Works, Trade and Services decreased compared to September.

The entrepreneurs’ expectations regarding the future evolution of selling prices increased significantly in September and October in Trade and in Manufacturing Industry, although they are still at levels below the maximums of the series observed in March and April, respectively. This balance decreased in Services and slightly in Construction and Public Works, remaining at levels below the peaks reached in April and June.

According to information collected about the evolution of investment in the context of the business survey for manufacturing industry (page 9 of this press release), 63.6% of firms foresee that investment will stabilize in 2023 compared to 2022, while 22.7% foresee an increase and 13.7% a decrease.