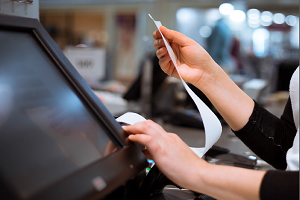 
Considering the information already available for March, oil price increased to 108.2 euros per barrel, on average, in the first fourteen days of the month, registering a rate of change of 26.3% over February and 96.8% over March of 2021.

The short-term indicators for economic activity from the perspective of production, available for January, continued to point to strong nominal year-on-year increases, more intense than in the previous month, reflecting pronounced increases in implicit prices. In real terms, the activity increased in construction and a decrease in industry, largely resulting from the sharp contraction in energy production and car activities. Comparing with January 2020, the production index in industry was the only with a lower level, with industry and services turnover indexes, as well as the construction production index being above the 2020 indexes. The synthesis quantitative indicators of private consumption, gross fixed capital formation and economic activity accelerated in January.

The manufacturing price index recorded in February a year-on-year rate of change of 16.3% (14.2% in the previous month), the highest growth of the current series. Excluding the energy component, this index increased 11.7% in year-on-year terms, also the highest growth of the current series, after presenting a 11.2% growth in January. In turn, the year-on-year rate of change in the Consumer Price Index (CPI) was 4.2% in February, 0.9 percentage points higher than in the previous month, reaching the maximum since October 2011. The goods component of the CPI presented a year-on-year rate of change of 5.2% in February (4.2% in January), particularly influenced by the behaviour of energy goods prices. The increase in the services’ component was less pronounced, increasing by 2.6% (2.0% in December and January), but starting to display a similar trend of price acceleration.