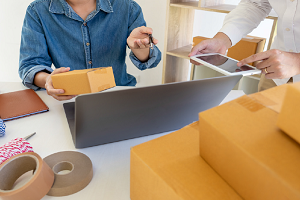 The quarterly development of the LCI resulted from the increase of 2.0% in the average cost per employee, since the number of hours actually worked per employee remained unchanged. The increase of the former component took place in all the economic activities, with the lower variation being recorded in the Public Administration (0.8%) and the higher being observed in construction (4.8%). The maintenance in the number of hours actually worked per employee resulted from the combination of the increases observed in industry (1.0%) and in services (5.7%), and the decreases in construction (2.1%) and in the Public Administration (6.5%).

In 2021, the LCI increased by 2.5%, corresponding to increases of 1.9% in the wage costs and of 4.7% in the other labour costs. The average cost per employee increased by 3.7% and the number of hours actually worked per employee increased by 1.5%. For the increase of the non-wage costs contributed the growth in the employers’ contributions due to the progressive reduction of the enterprises that joined the simplified layoff regime in the private sector of the economy.