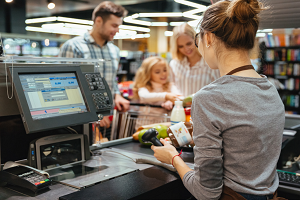 
In 2021, there was an acceleration in prices, with the Consumer Price Index (CPI) presenting a strong upward movement, with year-on-year rates of changes of 0.6% and 1.9% in the first and second semesters, respectively, and an average annual rate of change of 1.3%, after the nil rate of change in 2020. This acceleration occurred in most CPI categories, although more pronounced in energy goods. The increase in prices was even more pronounced in industrial production, with the respective index increasing by 6.4% in 2021, after having decreased by 3.9% in the previous year. It should be noted, however, that the annual increase in prices in the production of consumer goods was much more moderate (2.1%), being closer to that observed in the CPI.

The short-term indicators for economic activity from the perspective of production, available for November, reveal strong nominal year-on-year increases in industry and in services, significantly more intense than in the previous month and mainly reflecting the acceleration in prices. In real terms there were increases in industry and construction.

From the expenditure approach, the synthesis quantitative indicators (economic activity, private consumption and investment) accelerated in November 2021. The economic climate indicator, which summarizes the balances of responses to questions relating to business surveys stabilized in December, presenting an irregular behaviour since July.