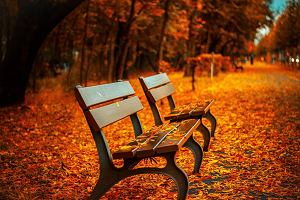 Context indicators for the COVID-19 pandemic in Portugal
COVID-19: a territorial view on demographic context and territorial expression of the pandemic - Data until February 24
26 February 2021


• On 24 February 2021, there were 8,917 new cases in the last 7 days, corresponding to a daily average of 1,274 new cases and the lowest since 13 October 2020. Since 28 January, there has been a progressive decrease in the number of new confirmed cases in the last 7 days. The 14-day incidence rate of COVID-19 was 227 cases per 100,000 population. This rate had reached a maximum on 29 January (1,667).
• At the regional level, the high number of deaths in the Metropolitan Area of Lisboa should be highlighted, which between, 18 January and 14 February, was 1.9 times higher than in the same period of the previous year. Compared to the previous week (7 February), however, there was a reduction in this ratio in all NUTS 2 regions of the country. In 52 municipalities the number of deaths was more than double the number of deaths recorded in the corresponding reference period: there were 69 municipalities in the previous week.
• On 16 February 2021, the date of the last update of data at the county level, the national 14-day cumulative incidence rate of COVID-19 (485) was surpassed by the Metropolitan Area of Lisboa (743), Região Autónoma da Madeira (517) and Alentejo (507) - new cases registered in these three regions represented 53% of the total, with the Metropolitan Area of Lisboa having the highest contribution at the regional level (43%). Compared to 9 February, there was a decrease in the cumulative incidence at 14 days in all regions of the country.
• On 16 February 2021, only 15 Portuguese municipalities were at extremely high risk (119 on 9 February). Compared to the previous week (9 February), 96% of the municipalities recorded a reduction of the cumulative incidence rate, including all municipalities of the metropolitan areas of Lisboa and Porto, and only seven municipalities recorded an increase of the 14-day cumulative incidence rate of COVID-19.
• The combined analysis of the location coefficient and the cumulative incidence rate at 14 days [Figure 10] showed that in recent weeks, since 26 January, the results of the location coefficient indicate a slightly increasing trend in the territorial concentration of new cases (last 14 days), with the value obtained for 16 February (21.3%) close to the value of 20 December 2020 (22.0%). Throughout this period, there was also a reduction in the 14-day cumulative incidence rate, which was accentuated since February 2.