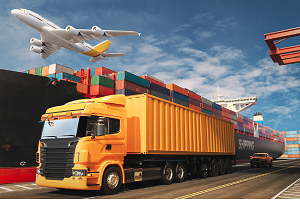 
The latest quantitative information available for July, reveals less intense year-on-year rates of growth than in the previous months, but the information available for the month of August suggests an improvement in economic activity. As mentioned, the year-on-year comparison continues to be influenced, to a large extent, by base effects depending on the evolution of the pandemic context.
In general, the short-term indicators in July have not yet reached the levels of the same period of 2019, with emphasis on tourist activity. However, in the case of exports of goods in nominal terms, the level registered in July was higher than that registered in the same period of 2019 and nominal imports were close to the value then observed. However, it should be noted, that reflects to a greater extent the recovery of activity but also, to a lesser extent, price increases in 2021, namely in energy goods and other raw materials. The synthesis quantitative indicators (economic activity, private consumption and investment) presented, in July 2021, less intense increases than in June. Nevertheless, in August, the economic climate indicator increased, after interrupting in the previous month the ascendent profile observed between March and June.
According to the provisional monthly Labour Force Survey, the unemployment rate (16 to 74 years old), seasonally adjusted, was 6.6% in July, 0.2 percentage points less than in June (7.0% in April and 8.1% in July 2020). The labour underutilization rate (16 to 74 years old) stood at 12.5% (12.8% in June and 15.7% in the same period of 2020).
The Consumer Price Index (CPI) year-on-year rate of change was 1.5% in August 2021, the same rate as in the previous. In contrast, the manufacturing price index accelerated in August to a year-on-year rate of change of 9.3% (8.6% in the previous month), recording the highest growth of the current series.