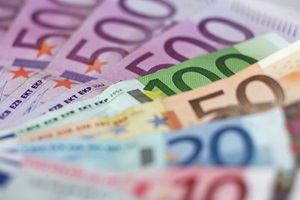 In the third quarter of 2021, the net lending of households sector decreased by 0.5 percentage points to 4.9% of GDP and the savings rate stood at 11.3% (11.7% in the previous quarter), mainly reflecting the 1.2% growth in private consumption, above the increase in disposable income.

The net borrowing of the General Government (GG) sector decreased by 2.0 percentage points in the year ending in the third quarter of 2021, to 3.9% of GDP. Considering quarterly figures and not the year ending in the quarter as a reference, the balance of GG in the third quarter of 2021 reached the positive value of 1 904.1 million euros, corresponding to 3.5% of GDP, which compares with -4.2 % in the same period of the last year. It should be noted, however, that this result is influenced by the recording in the third quarter, as a transfer of capital received, the reimbursement of the prepaid margin and respective application interest, in the amount of 1 114.2 million euros retained upon granting of the loan, by the European Financial Stabilization Fund to the Portuguese State.