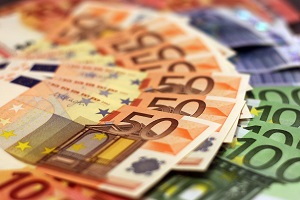 
In 2020, tax burden decreased 4.7% in nominal terms, attaining 70.4 billion euros, corresponding to 34.8% of GDP (34.5% in the previous year). Portugal continued to register in 2020 a lower tax burden than the EU average (-3.8 percentage points).
Direct tax revenue decreased by 3.7%, mainly reflecting the 17.9% decrease in corporate income tax (IRC) revenue. On the other hand, revenue from individual income tax (IRS) grew 3.1%, reflecting, namely, measures to protect employment and wages in the pandemic context. For similar reasons, social contributions maintained a positive variation (1.2%).
Indirect taxes, with a decrease of 9%, were the component that contributed the most to the decline of nominal revenue. Proceeds from value added tax decreased by 10.6%, standing out also, among other indirect taxes, the drop in revenue from the tax on petroleum and energy products (-9.4%) and stamp tax (-4.1%). There were also decreases from real estate tax collected by Local Government (-1.7%) and from excise duties on tobacco (-0,6%). The most significant decrease (-39.8%) occurred in motor vehicle sales’ revenue, which returned to 2014 levels.
In 2018, the most recent year with detailed information for its compilation, the VAT gap was estimated at 415 million euro, corresponding to 2.3% of the VAT revenue of the year, diminishing 0.6 percentage points comparing with the amount estimated for the previous year (481 million euro).