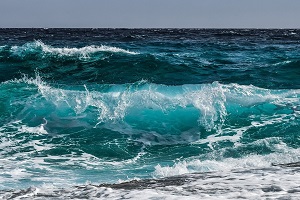 
The scope of the Ocean Satellite Account (OSA) includes approximately 53 thousand kind of activity units, whose activity represented, on average, 3.9% of Gross Value Added (GVA) in the 2016-2018 triennium and 4.0% of employment (Full Time Equivalent - FTE) of the Portuguese economy, in the period 2016-2017. The performance of the economic activities considered in the OSA was above the overall national economy: between 2016 and 2018, the GVA grew 18.5% (the national GVA increased 9.6%) and, between 2016 and 2017, employment grew 8.3% (in the national economy the change was 3.4% in the same period).
Applying the Integrated System of Symmetric Input-Output Tables of 2017, which enables to obtain an expanded picture of the inter-sectoral relations of the economy allowing to capture indirect effects, it is estimated that, in 2018, the direct and indirect impact of the ocean economy on the national economy has been translated into 5.4% of GVA and 5.1% of the Gross Domestic Product (GDP).
In this edition of the OSA, results for the Autonomous Regions (Azores and Madeira) are available for the first time. In 2016-2017, 10.7% of the GVA of the ocean economy was generated in these regions, 6.1 percentage points more than the relative weight that these regions have globally in the national GVA.

Despite the circumstances determined by the COVID-19 pandemic, Statistics Portugal calls for better collaboration by corporations, households and public entities in responding to their requests. The quality of official statistics, particularly its ability to identify the impacts of the COVID-19 pandemic, depends crucially on this collaboration that Statistics Portugal is grateful for in advance.