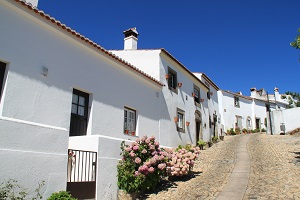 
According to the flash estimate, in June 2020, the tourist accommodation sector should have registered 500.5 thousand guests and 1.1 million overnight stays, corresponding to year-on-year rates of change of -81.7% and  -85.1%, respectively (-94.2% and -95.3% in May, in the same order). Overnight stays of residents will have decreased by 59.8% (-85.9% in May) and those of non-residents will have fallen by 96.0% (-98.4% in the previous month).
In June, around 45.2% of tourist accommodation establishments would have been closed or did not received guests.
According to the results of an additional specific questionnaire conducted by Statistics Portugal during June and July, 62.6% of the responding establishments (representing 78.6% of the capacity on offer) pointed out that the COVID-19 pandemic led to the cancellation of bookings scheduled for June to October 2020, mostly from the domestic and Spanish markets.
Most of the establishments that planned to be operating from June to October were expecting to record occupancy rates of less than 50% in each of those months.
Most of the establishments (57.0%) do not expect to change their prices compared to the previous year. About one-third of the establishments (34.9%) consider the possibility of reducing prices. The latter are mostly located in AM Lisboa and Algarve (58.8% and 54.5% of the establishments, respectively).
As a result of the implementation of the necessary measures of social distancing, hygiene and cleaning of the establishments, 49.1% of the establishments reported that the capacity offered would be reduced, mainly due to the increase in the time needed between the check-out and the check-in of guests (55.9% of the establishments) and the reduction in the number of rooms (48.6%).