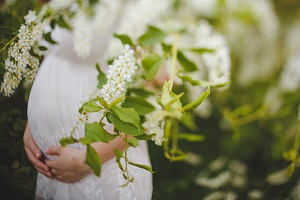 
In 2019, 42.2% of women aged 18 to 49 years and 53.9% of men aged 18 to 54 years had no children. In 2013, those percentages were lower: 35.3% and 41.5%, respectively. The average number of children women and men had decreased from 1.03 in 2013 to 0.86 in 2019.
In 2019, 93.4% of women and 97.6% of men of the youngest age group (18 to 29 years old) had no children and more than half (54.6%) of men from 30 to 39 years old were in the same situation.
The average number of children people already had increased with age and with the number of siblings, and was higher for women, for those who had a complete level of education corresponding, at most, to primary and lower secondary education, for people with spouse or partner and for employed men.
When asked about their intention to have children, 55.1% of women and 47.3% of men indicated that they did not intend to have or have more children. Close to 10% of people (8.4% of women and 11.0% of men, 9.7% in total) did not have or intended to have children. For these people, the main reasons mentioned were self-will and the fact that parenthood was not part of their life project.
Considering the children women and men already had and those they still intended to have, it is expected they will have, on average, 1.69 children (1.78 in 2013).
The average number of children people desired was estimated at 2.15 (2.31 in 2013), with no evidence of significant differences between men and women in 2013 and 2019.
A significant proportion of women and men with children (45.1% and 58.5%, respectively) had their first child later than the age they desired. The postponement was of at least 5 years for a considerable portion of women and men (36.0% and 47.7%). The women who had their first child later than the age they desired were the ones who most frequently pointed out reasons related to financial and job stability and housing conditions as most important for the postponement.
For women, regardless of when they decided to have their first child – sooner, later, or at the age at which they desired –, the desire to be a mother was the most pointed reason for this decision.
It was mostly women who indicated that they were usually responsible for housework, such as laundry tasks (77.8%), cleaning the house (59.3%) and preparing meals (65.0%). Men reported more frequently making small house repairs and other house restorations (78.3%).
For people with small children, women were also more likely to indicate that they were in charge of the tasks related to their care and monitoring, namely dressing their children (64.7%), staying at home when they were sick (63.7%), taking them to the doctor (55.6%), helping with schoolwork (46.5%), putting the children to bed (45.3%) and taking and picking up from the day-care or school (36.2%). Men do not stand out, in relation to women, in any of these tasks. Still, the degree of satisfaction with the division of domestic tasks and the care of children was high for both sexes, being only slightly lower among women.
About 9 out of 10 (89.8%) women and 85.9% of men considered that there should be policy measures to increase fertility. In the context of working conditions, the incentive measure most often referred to as the most important by women and men was “making working hours more flexible for mothers and fathers with young children”. In the context of access to services for the occupation of children, “extending the network and access to day-care centres, kindergartens and after school activities” was the most often referred to as the most important measure. As for measures in the context of household income, women and men showed a different distribution: for women, the measure considered to be the most important was “to increase subsidies related to education, health, transport, housing and food for households with children” , for men it was "reducing taxes for families with children, including increasing tax deductions for those who have children". With regard to other measures that do not belong to the three areas, “assigning tax incentives to employers with management practices that support workers with children” was highlighted as the most important by almost half of women and more than half of men.