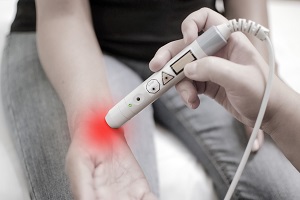 
In 2020, 165.1 thousands of persons aged 15 to 74 who were employed in the 2nd quarter or had been employed in the previous twelve months, reported having had at least one accident at work during that period, i.e. 3.2% of the employed population. In 2013, this percentage was 4.0%.
The occurrence of accidents at work continues to be reported mainly by those aged between 35 and 44 years old (3.5%), and by more men (3.7%) than women (2.6%). In 2020, those working in Construction (section F) are no longer the most affected by the occurrence of accidents at work in the twelve months prior to the interview, with a decrease in the risk of accidents from 5.8% in 2013 to 4.0%.
In 2020, 482.5 thousand persons aged 15 to 74 reported having had at least one health problem caused or aggravated by work i.e. 56.7 thousand fewer people than in 2013.
Work-related health problems continue to affect mainly women: 7.8%, compared to 5.9% for men. The existence of this kind of problems is more frequent after 55 years old.
Bone, joint or muscle problems as a whole were identified in 2020 as the most serious by 59.9% of the population with at least one work-related health problem.
In the 2nd quarter of 2020, 82.2% of employed persons indicated that they were exposed to risk factors for physical health at the workplace, 6.6 pp more than in 2013. Repetitive hand or arm movements were the risk factor most frequently reported by respondents (66.3%).
On the other hand, 54.0% of employed people reported exposure to risk factors for mental well-being at the workplace, 17.2 pp more than in 2013. From the risk factors considered in the survey, severe time pressure or overload of work (43.1%) and having to deal with difficult customers, patients, pupils etc. (37.1%) where the ones identified more frequently by those affected by this kind of risk.
Note that 2013 was a third consecutive year of contraction of the economic activity, with employment recording a decrease of 2.6%, and that, in the context of the pandemic, the information available for the first three quarters of this year, indicates a reduction in economic activity in that period. However, the functioning of the labour market has different characteristics, and the high number of employed people working from home or in a simplified lay-off scheme in the 2nd quarter of 2020 should be emphasised. In particular, the employed population from 15 to 74 years old working from home amounted to more than 1 million people, almost ¼ of the employed population of that age group, which may have been one of the factors for reducing the incidence of accidents at work in 2020.