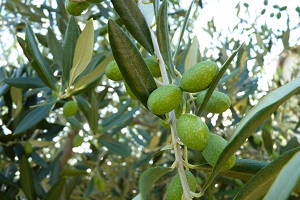 
Early estimates on October 31 point to significant decreases in apple (-25% compared to the previous season) and pear production (-35%), either due to physiological constraints or to adverse weather conditions. Mainly due to reduced yield of rainfed almond in the northern regions, it is also expected a general decrease in almond production vis-à-vis the previous year, although it should reach the second highest production in 20 years. In kiwi, production is expected to be around 32 thousand tons, similar to the previous campaign. Chestnuts will also predictably maintain the production (9% above the average for the last five years). In olive groves, yield is expected to decrease by 30%, vis-à-vis 2019, in a bad harvest year and with fruit setting problems. As for vines, in a season with great regional heterogeneity, production should decrease by 5%, compared to the previous harvest.
In annual crops, tomato for processing production should be close to 1.2 million tons, 15% below the previous campaign. In rice, production is also expected to decrease by 10%, essentially due to the decrease in sowed area. As for grain maize, harvests already carried out point to the maintenance of production (close to 750 thousand tons).