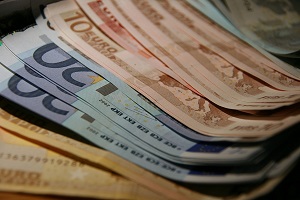 
In the third quarter of 2020, Gross Domestic Product (GDP) registered a year-on-year decline of 5.7% in volume, after the contraction of 16.4% observed in the previous quarter. This evolution was due, to a large extent, to domestic demand’s behaviour, which registered a significantly less negative contribution (shifting from -11.8 to -4.0 percentage points), mainly reflecting the strong recovery of private consumption, and, to a lower degree, of Investment and public consumption. In the same direction, the contribution of net external demand was less negative in the third quarter (shifting from -4.6 to -1.6 percentage points), with Exports of Goods and Services recovering more significantly (from -39.4% to -15.2%) than Imports of Goods and Services (from -29.2% to -11.4%), mainly driven by the evolution of exports of goods.
When compared with the second quarter of 2020, GDP increased by 13.3% in real terms after decreasing 13.9% in the precedent quarter. This result is also explained, to a large extent, by the evolution of domestic demand, which recorded a positive contribution of 10.7 percentage points to the quarter-on-quarter rate of change of GDP, almost symmetrical to the contribution observed in the second quarter (-10.9 percentage points). Net external demand’s contribution also turned positive (2.6 percentage points), after being considerably negative (-3.0 percentage points) in the previous quarter, with a marked growth of Exports of Goods and Services.