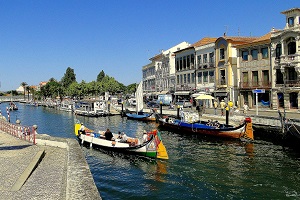 
In 2018, according to the regional development composite index, four out of the 25 NUTS 3 sub-regions stood above the national average in terms of the overall regional development – the metropolitan areas of Lisboa and Porto, Cávado and Região de Aveiro.
In the competitiveness index only three sub-regions stood above the national average: Área Metropolitana de Lisboa, standing out from Área Metropolitana do Porto and Região de Aveiro. The Competitiveness revealed the highest disparity among the three dimensions of regional development.
In the cohesion index, seven NUTS 3, mostly from the mainland coast, stood above the national average. In this dimension, Área Metropolitana de Lisboa, Região de Coimbra and Cávado stood out with the highest indexes.
The environmental index results highlight the inner mainland sub-regions and the two autonomous regions with higher values. The national average was exceeded by 16 NUTS 3, showing a lower interregional disparity than the other dimensions. Terras de Trás-os-Montes was the sub-region with the highest score in the environmental index.