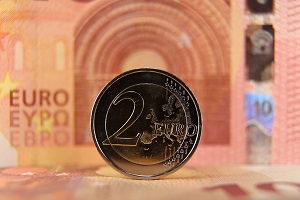 
In 2019, tax burden increased 4.0% in nominal terms, attaining 74 billion euros, corresponding to 34.8% of GDP (the same ratio in the previous year). Excluding taxes received by the European Union Institutions, Portugal continued to register in 2019 a lower tax burden than the EU average (34.7% compared to 39.4% in the EU28).
Social contributions were the category that contributed the most to the tax burden increase, with an annual change of 7.7%. Indirect taxes revenue increased 3.8%, while direct taxes revenue increased only 0.9%.
Regarding direct taxes revenue, there was an increase of 2.0% in individual income tax (IRS) while revenue from corporate income tax (IRC) fell by 2.9%.
Value added tax (VAT) revenue increased by 5.4%. Regarding the remaining indirect taxes, it should be highlighted the increase observed in revenue from the stamp tax (7.6%). More moderate growths were registered in revenue from real estate transfer tax collected by Local Government (3.0%), from tax on oil and energetic products (2.6%) and from real estate tax collected by Local Government (1.1%). Revenues from excise duties on tobacco and from tax on motor vehicle sales fell 6.0% and 5.3% respectively.
In 2017, the most recent year with detailed information for its compilation, the VAT gap was estimated at 481 million euro, corresponding to 2.8% of the VAT revenue of the year, diminishing 3.0 percentage points comparing with the amount estimated for the previous year (972 million euro).