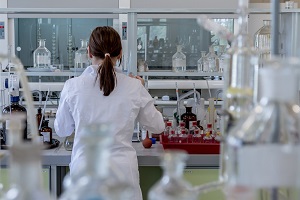 
On the occasion of the World Health Day that will be celebrated tomorrow, Statistics Portugal publishes some fundamental health indicators and releases the publication "Health Statistics 2018". In the present context, this retrospective information is of particular relevance by providing a framework for the information made available every day about the pandemic COVID-19. In addition to the fundamental indicators, this press release includes a text box that recalls the importance, as a cause of death, of the diseases of the respiratory system.
Some results:
• In 2019, half of the population aged 16 and over perceived their health status as good or very good that year, 34.8% reported their health status as fair and 15.1% as bad or very bad. Despite the recent improvement in the positive appreciation that residents make of their health status (4.1 pp more in 2019 up from 2014), Portugal remains one of the EU-28 countries with a lower health status assessment: 49.3% in 2018, almost 20 pp less than the average obtained for the EU-28 (69.2%).
• In the three-year period ended in 2018, the life expectancy for a 65-year-old was around 19.5 years (17.6 years for men and 20.9 years for women of the same age). The adjustment for limitations due to health problems shows a much lower expectation of a healthy life at the age of 65: 7.3 years for the whole population, 8.2 years for men and 6.9 for women.
• In 2018, Portugal had 230 hospitals, 5 more than in the previous year, of which 111 belonging to the official health services (107 public hospitals and 4 hospitals in public-private partnership). There were 35.4 thousand beds available for the immediate hospitalisation of patients (68.1% of which in public or public-private partnership hospitals and 31.9% in private hospitals). Despite the increase in the number of hospital beds in 2018 when compared with the revious year, this level is still slightly below the one recorded in 2008 (35.8 thousand), as there has been a progressive reduction in the provision of this service over the decade by the public sector.
• Public or public-private partnership hospitals continued to be the main producers of medical services in 2018, namely more than 80% of emergency care attendances, 75% of hospitalisations, almost 70% surgeries and about 64% of medical appointments. However, it was among private hospitals that this production increased the most in relation to the previous year, with 12.5% more surgeries, 10.4% more in urgent care, 6.9% more in medical consultations and another 4, 3% of hospitalizations.
• In 2018, there were 53,657 doctors certified by the Portuguese Medical Association, 14.7 thousand more than in 2008, reaching an average of 5.3 doctors per 1,000 inhabitants (3.7 in 2008). This increase has been consistently higher (3.4% on an annual average from 2009 to 2017) than that recorded in the EU-28 (1.3%).
• In 2018, 73,650 professionals were certified by the Portuguese Nursing Association, 16.9 thousand more than in 2008 (they were 56,709 in 2008), reaching a ratio of nurses per 1,000 inhabitants of 7.2 (5.8 in 2008).