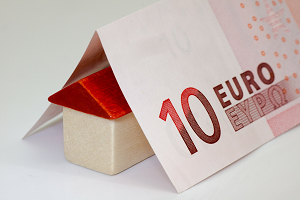 
The median value of bank appraisals on housing reached €1,110 per square meter in March, €1 less than in the previous month. This represents a 0.1% decrease when compared with February, and a year-on-year growth rate of 10.3%.

The information in this release, referring to March, should already reflect some effects of the COVID-19 pandemic, both on the behavior of the price index and on the amount of primary information used to its compilation. Despite the difficulties, we call for collaboration of companies in responding to INE's surveys. The quality of official statistics depends crucially on this collaboration that INE thanks in advance.

With this press release, National Statistics Institute (INE) presents a new series of the Bank appraisals on housing (IABH). The current revision is essentially due to the change occurred in the calculation of the series, which started to be disclosed using the median and the two adjacent quartiles, instead of the geometric average used in the old series, and the replacement of Useful Area by Gross Area, resulting in new concepts and classifications. The changes aim, among other aspects, to promote easier comparability with other indicators, which illustrate the national real estate market, produced by INE.