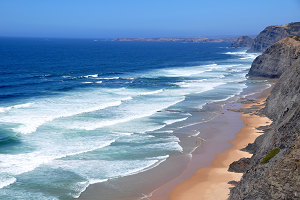 
Statistics Portugal releases the Regional Statistical Yearbooks, which include a wide range of statistical information at regional and municipal levels. From the topics analysed in this press release it is important to highlight:
Population: the population ageing asymmetry between rural areas and urban areas in the country – 299.6 elderly per 100 young people vs. 140.0 – and that reached the greatest differential in the sub-region of Beira-Baixa - 702.8 vs. 132.8.
Enterprises and establishments: the proprotion of births of enterprises in high and medium-high technology sectors was higher than the national value (2.08%) in the metropolitan areas of Lisboa and Porto, in the Região de Aveiro and in Alentejo Central.
Science and technology: the importance of the Research and Development expenditure in GDP was higher than 2% only in three of the 25 NUTS 3 sub-regions of the country: Região de Aveiro, Região de Coimbra and Área Metropolitana do Porto.
Regional and local government: in the municipalities of Lisboa, Lagoa and Albufeira the own-source receipt represented 90% or more of the total of receipts from non-financial transactions.