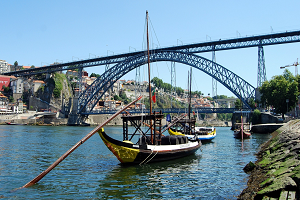 Regional accounts
In 2018, Norte registered the highest growth in volume, led by the tourism sector and the industry and energy - 2018
13 December 2019


According to the provisional results of 2018, all regions recorded real GDP growth albeit of varying intensity, with the Norte (2.9%) and Área Metropolitana de Lisboa (2.6%) being the only two regions with a growth above the national average (2.4%). Algarve presented a  similar growth to the one registered at country level, while Centro (2.2%), Região Autónoma dos Açores (2.0%), Alentejo (1,0%) and Região Autónoma da Madeira (0,6%) registered growths lower than the national average.
The final results of 2017 showed that the asymmetries of GDP per capita among the twenty-five regions reach their maximum expression in the comparison of Alentejo Litoral (138.9) with Tâmega e Sousa (60.8). It should be noted that, compared to 2016, there was an increase in the regional disparity in this indicator, with the difference between these two regions ranging from 72.1 p.p. to 78.1 p.p., mainly due to the growth of GDP per capita in Alentejo Litoral.
In the context of the European Union, considering the 2017 information by NUTS II regions, Portugal stood out as one of the countries with the lowest regional asymmetries in terms of GDP per capita.