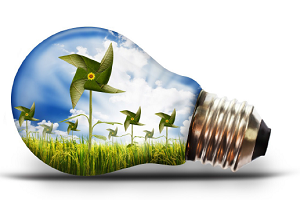 Physical Energy Flow Accounts
The energy intensity of the Portuguese economy increased 1.0% between 2016 and 2017
28 October 2019


Domestic energy use increased by 4.6% in 2017 compared to previous year, while economic activity (measured by Gross Domestic Product - GDP) grew by 3.5% in real terms. As a consequence, there was a 1.0% increase in the implicit energy intensity of GDP (5.0 MJ/€), remaining however one of the lowest values since 2000. Households energy intensity decreased by 2.5% to 1.6 MJ/€, the lowest value since the year 2000, maintaining a downward trend since 2004. National energy dependency increased by 5.9 pp to 78.1% in 2017. Energy flow exports increased by 2.1%, reaching the maximum value since the year 2000.
In 2016 (last year with information available for the EU), Portugal recorded the sixth lowest energy intensity and the fourth lowest per capita energy use by the household sector among EU Member States.