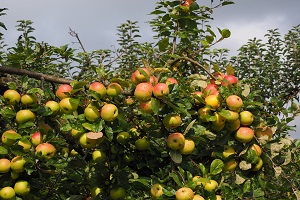 
Early estimates on July 31 point to increases in yields in most fresh fruits and in vineyard for wine, compared to the previous campaign. In apple and peach, the flowering and setting of the fruits took place under very favourable conditions, leading to yields expected to be levelled with the highest of the last decades. As regard to almonds, the start of production of new plantations has also significantly increased yield, situation likely to be repeated over the coming marketing years. As for the vineyard, an increase of 10% is anticipated, vis-a-vis the 2018 harvest.
In summer crops, the area sown of grain maize is expected to be similar to the previous year, after five consecutive years of reduction. In tomatoes for processing, the harvest began in the last week of July, with an estimated yield increase of 10%. Most fruits are displaying a nice red colour, valued by the industry. Also in irrigated potatoes the positive variation in yield should be in the order of 10%, while in sunflower the increase will be 5%. Rice is expected to maintain the yield of the previous campaign, with salinity problems of the water used for irrigation.
For winter cereals, whose harvest is mostly completed, production is expected to be below 200,000 tonnes (-11%, compared to 2018).