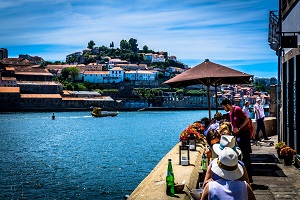 
Based on the information made available until the date of the present flash estimate, the Consumer Price Index (CPI) annual rate was -0.3% in July 2019 (0.4% in June). This evolution is largely due to the negative contribution of changes in the prices of restaurants and hotels. A decrease in the VAT rates for electricity and natural gas has also influenced this result. The core inflation index, which excludes energy and unprocessed food products components was -0.1% (0.6% in the previous month). The annual rate of change of the index for energy products is estimated to have decreased to -2.8% (in June, the final value was -2.5%).
The estimated CPI monthly rate was -1.3% (in June, the final value was nil and -0.6% in July 2018), while the CPI 12-month average rate was estimated at 0.7% (0.9% in the previous month).
The estimate of the Portuguese Harmonised Index of Consumer Prices (HICP) annual rate of change was -0.7% (0.7% in June), reflecting the higher relative weight of restaurants and hotels in the HICP compared to the CPI.
The July CPI final results will be released on August 12th, 2019.