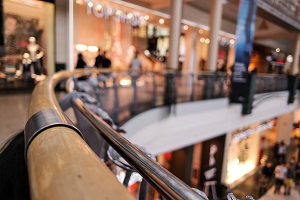 
In December, the consumer confidence and the economic sentiment indicators decreased in the EA. The prices of raw materials and oil presented monthly growth rates of 0.5% and -11.5%, respectively (-2.0% and -19.3% in November).
In Portugal, the economic activity indicator, available until November, and the economic climate indicator, already available for December, decreased. The quantitative indicator of private consumption decelerated in November, reflecting the negative contribution of the durable consumption component and the less intense positive contribution of non-durable consumption. The Gross Fixed Capital Formation (GFCF) indicator accelerated in November, due to the more intense positive contribution of the transport material and machinery and equipment components. In nominal terms, the exports and imports of goods presented year-on-year growth rates of -1.0% and 5.8% in November, respectively (2.9% and 4.4% in October). It should be noted that the evolution of goods exports resulted mainly from the negative contribution of exports of transport equipment and the less pronounced positive contribution of intermediate goods. Considering the production perspective, the turnover indexes decelerated in industry and in services in year-on-year terms, while the industrial production presented a less intense reduction. In turn, the construction index decelerated in November.
According to the provisional monthly estimates of the Labour Force Survey, the seasonally adjusted unemployment rate (15 to 74 years old) stood at 6.6% in November, maintaining the definitive value observed in September and October and less 1.5 percentage points (than in the same month of 2017. In the same month, the estimate for employed population (15 to 74 years old), also seasonally adjusted, registered a year-on-year growth rate of 1.6% (1.9% in October) and an increase of 0.2% comparing with the previous month.
In 2018, the annual average rate of the Consumer Price Index (CPI) was 1.0% (1.4% in 2017). The annual average rate of the Portuguese Harmonized Index of Consumer Prices (HICP) in 2017 was 0.2 percentage points lower than the CPI average rate (same difference as in 2017). The year-on-year change rate of the monthly Consumer Price Index (CPI) was 0.7% in December (1.0% in November), with a 0.1% growth rate in the goods component (0.4% in the previous month) and an increase of 1.6% in the services component (1.5% in November).