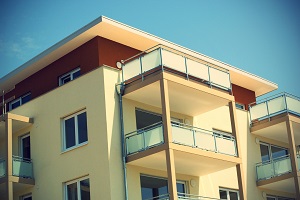 
According to the EU-SILC (EU Statistics on Income and Living Conditions) survey definitive data, there were 9.3% persons living in a condition of insufficient living space and 4.0% living in a condition of severe housing deprivation in 2017, respectively 1 pp less and 0.9 pp less than in the previous year.
The evolution of the overburden housing cost rate was also positive, affecting 6.7% of the population in 2017 (less 0.8 pp than in 2016).
The EU-SILC survey definitive data also indicate that the median equivalent monetary disposable income in nominal terms was 9,071 euro in 2016, corresponding to an at-risk-of-poverty threshold of 5,443 euro. These results confirm the at-risk-of-poverty rate of 18.3% in 2016, as well as the at-risk-of-poverty or social exclusion rate of 23.3%, previously released in November 2017.
The annual average monetary disposable income per household was 18,396 euro in 2016, 2.4% more than in the previous year and 8.6% more than the minimum value of the series registered in 2013, but still lower than the value for 2009.