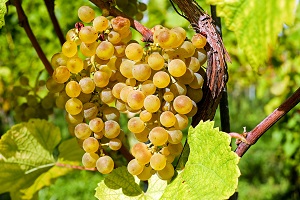 
Early estimates on October 31 point to widespread reductions in production in fruit trees, vineyards and olive groves. In apple and pear the production decreased by 15% and 20%, compared to the previous season, due to the combination of poor pollination, plant health problems and the August heat wave. In kiwi, the fruit load is heterogeneous and the Leslie storm caused damages in some orchards, thus the production should be lower than the one of 2017 (-5%). In vines, the extent of the damage caused by the high temperatures varied, but it has extended to almost all wine regions, and this campaign should be the less productive of the last two decades (5.2 million hectolitres). In olives for oil production, a 15% reduction in the overall yield is forecasted, as a result of the large production variability in traditional rainfed olive groves. In contrast, the chestnut trees present a production of fruits foreseeably 5% higher than the previous campaign.
As for annual crops, production decreases are expected in tomatoes for processing (-26%, due solely to the reduction of the installed area) and sunflower (-10%). In the spring/summer cereals, the effects of the strong winds associated to the Leslie storm were very visible, with consequences in the estimated global production: in grain maize, and despite the increase of the sown area, the damages in the Baixo Mondego and Pinhal Litoral crop fields decreased the yield, resulting in a similar production to that of the previous campaign; in rice, the fields of Baixo Mondego experienced damages that led to a 5% decrease in production.