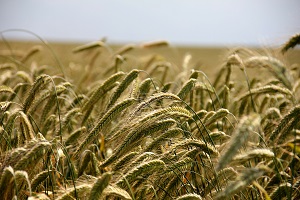 
Early estimates on 31 July point to an overall increase in winter cereals production (+ 8% compared to 2017), as a result of rather favourable weather conditions.
In summer crops, it is expected an increase of grain maize area (+ 5%), which should reach 90,000 hectares, a situation that did not occur since 2015. In tomatoes for processing, there is an increase in the pressure of fungal diseases, particularly mildew, and the forecasts point to the maintenance of last year's yield. Also in rice, yield should be similar to the previous year. For irrigated potatoes, harvests already undertaken indicate a yield of around 21 tonnes per hectare, 10% less than in 2017.
Orchards and vines present a delay in their growing cycle, which varies, according to the geographical areas, from two to three weeks. In apple and pear, the forecasts are for a reduction of yield (-5% and -10%, respectively), with a great heterogeneity in the fruit load of the orchards. In peach, an increase in productivity of 5% is estimated, whereas the almond is expected to decrease by 20% compared to the previous season, due to difficulties in the flowering / setting phase of the fruit. As for the vineyards, yield is projected to decline 5%, vis-à-vis 2017.