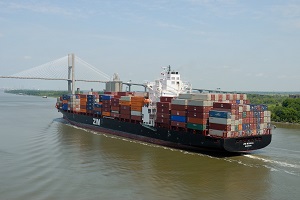 
Exports of goods reached EUR 55,029 million in 2017, corresponding to a nominal increase of 10.0% when compared with the previous year (+0.8% in 2016). Imports of goods increased by 13.1% vis-à-vis 2016 (+1.8% in the previous year), totalling EUR 69,489 million. Trade balance of goods reached a deficit of EUR 14,460 million, which represents an increase of EUR 3,075 million in the trade deficit vis-à-vis the previous year. Excluding Fuels and lubricants, exports increased by 8.9% and imports grew by 11.4% (+2.3% and +5.3% respectively in 2016) while the deficit increased by EUR 2,125 million, corresponding to a total of EUR -10,299 million.
Portugal’s main destinations and suppliers of goods continued to be Spain, France and Germany. The highest trade deficit was recorded with Spain and the largest surplus was recorded with the United States, while in the previous year the largest surplus was recorded with the United Kingdom.
In 2017, Machinery and mechanical appliances remained as the main group of exported and imported goods, although the highest annual growths were recorded in exports of Vehicles and other transport equipment and in imports of Mineral fuels.
The total number of countries with which Portugal has transactions of goods, as well as the number of products traded, show a high stability in both flows between 2013 and 2017, however the number of importing and exporting enterprises has increased steadily in this period, but more significantly in importing enterprises, following the upward trend in total value of imports and exports.