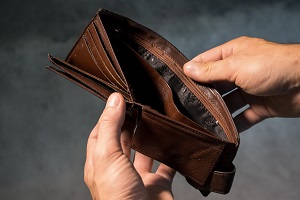 
According to the EU-SILC (EU Statistics on Income and Living Conditions) survey definitive data, the median equivalent monetary disposable income was, in nominal terms, 8,782 euro and the median equivalent monetary disposable income for persons at-risk-of-poverty was 3,865 euro in 2015. The increase of equivalent monetary disposable income between 2014 and 2015 have been encompassing all income classes per adult equivalent, however more significant for the lower income class (1st decile).
In 2016 2,595 thousand residents were at-risk-of-poverty or social exclusion, i.e., 25.1%, 1.5 percentage points (p.p.) less than in the previous year. Of those in poverty or social exclusion, 18.8% (around 487 thousand) were aged less than 18 years, and 18.0% (about 468 thousand) were aged 65 or over.
Poor housing conditions, such as an insufficient number of rooms available for the household, the lack of basic sanitary facilities in the dwelling or problems in the general condition and insufficient light inside the dwelling, mostly affect people at-risk-of-poverty and households with dependent children.
Almost 30% of the resident population with lower incomes lived overburdened by the housing costs in 2016.