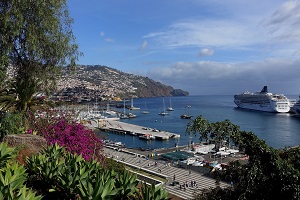 
In the 2nd quarter of 2020 (last 3 months), median house price of dwellings sales in Portugal was 1 187 €/m2. Three out of 25 sub-regions NUTS III registered a median house price of dwellings above national value: Algarve (1 807 €/m2), Área Metropolitana de Lisboa (1 601 €/m2) and Região Autónoma da Madeira (1 310 €/m2).
In the context of an year-on-year growth rate reduction of median house price between the 1st and the 2nd quarter in the country (-5 p.p.), in 14 NUTS III there was also a deceleration in the underlying growth in house prices and in eight sub-regions this slowdown was greater than that observed in the country. This trend was more accentuated in the sub-regions of the Médio Tejo (-15.4 p.p.) and Lezíria do Tejo (-10.0 p.p.) but also in the Área Metropolitana do Porto (-7.2 p.p.), Região Autónoma da Madeira (-6.9 p.p.) and Área Metropolitana de Lisboa (-4.2 p.p.), the three sub-regions with higher housing prices in the country.
With reference to the 24 municipalities with more than 100 thousand inhabitants, there was a reduction in the year-on-year growth rate between the 1st and the 2nd quarter in most municipalities (19), including those from the metropolitan areas. This deceleration was higher than the national reference in 10 municipalities and has been particularly pronounced in Funchal (-15.8 p.p.), Gondomar (-15.5 p.p.) and, with some distance, in Maia (-9.0 p.p.) and Setúbal (-8.0 p.p.). Santa Maria da Feira (+7.8 p.p.), Guimarães (+7.2 p.p.), Porto (+3.1 p.p.), Seixal (+ 2.7 p.p.) and Oeiras (+1.0 p.p.) were the only municipalities with more than 100 thousand inhabitants that have registered an acceleration in housing prices growth.
In the box “Sell/buy or rent?” compare values practiced in the rental and purchase markets at the local level, evidencing a relative overvaluation of rental values in the majority of municipalities in metropolitan areas, being the municipality of Lisbon one of the exceptions.
In a second box, the relationship between the values of bank appraisals carried out by the banks for mortgage loans and the house prices suggests lower bank appraisals values in municipalities with median house prices above 977 € / m2. In the majority of municipalities in the metropolitan areas, there were lower bank appraisal values compared to prices, with Cascais (-524 €/m2 compared to the price) and Lisbon (-335 €/m2) standing out.