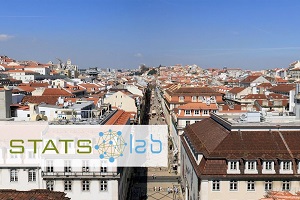 In general, cities are employment poles, attracting more employees than those who reside in these territories, and even considering the 12 FUAs, which include commuting zones in addition to the city, only the FUAs of Faro, Coimbra and Póvoa de Varzim have a higher number of resident employees than the employees who carried out their activity there.