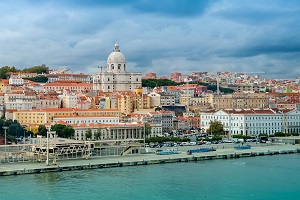 
In 2020, the first year of the COVID-19 pandemic, there was, compared to the previous year, a decrease of the territorial disparity results in the environmental quality and cohesion indexes - reaching the lowest value of the entire series in the latter dimension - and an increase in the disparity in the competitiveness index - the highest value since 2011.

In the cohesion index, seven NUTS 3, mostly from the mainland coast, stood above the national average. In this dimension, Região de Coimbra (106.86), Cávado (106.56) and Área Metropolitana de Lisboa (105,51) stood out with the highest indexes.

The environmental index results highlight the inner mainland sub-regions and the two autonomous regions with higher values. The national average was exceeded by 17 NUTS 3, showing a lower interregional disparity than the other dimensions. Região Autónoma da Madeira (110.98) was the sub-region with the highest score in the environmental index.