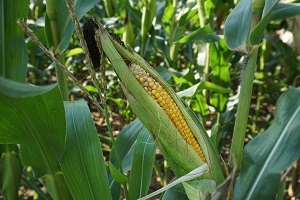 Agricultural forecasts
Despite the conjuncture, installation of spring crops goes on normally - May 2022
22 June 2022


Early estimates, on 31 May, point to a normal installation of spring crops, in a context strongly marked by drought and escalating costs of means of production, but also by the rise in prices of agricultural products and the suspension of commercial transactions with Russia and Ukraine. In grain maize, a fundamental cereal in livestock production, a 5% increase in the sown area is expected, which will have a reduced impact on meeting supply needs (on average, national production represents 25% of domestic consumption). The external supply of grain maize to Portugal was ensured in 41% by imports from Ukraine (average 2012-2021), the main national supplier, which forced the sector's agents to look for alternatives in the world market. In the first two months of the war, grain maize imports from Canada, Brazil and Poland increased significantly, totalling 140,000 tonnes, thus compensating the suspension of trade with Ukraine.

Despite the worsening of the meteorological drought situation, with 98.5% of the territory in severe and extreme drought, there are only irrigation restrictions in the hydro-agricultural uses benefited by the Monte da Rocha and Bravura reservoirs. The volume of water stored in the main reservoirs with hydro-agricultural use was at 67% of the total capacity, not having been a limiting factor for the installation of annual irrigated crops. The 5% decrease in the rice area was exclusively due to the maintenance work on the irrigation channels at Alcácer and Grândola. The contracted area of tomato for processing increased by 4%, which is aligned with the prospect of a rise in the price of tomato for processing, when the contracts were signed. In irrigated potato, the decrease of 10% in the area will be, in part, explained by the ban on the use of synthetic anti-sprouting agents based on chlorpropham.

In winter cereals, the impact of drought on yields is expected to be between 10% and 15% decrease, which, combined with a historically low sown area, will increase dependence on external supplies.

In fruit trees, particularly stone fruit, the weather conditions were not favourable, with expected yield decreases of 15% for cherry and 10% for peach.