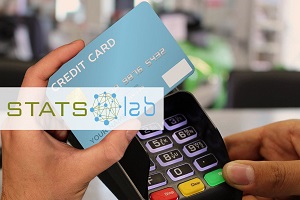 COVID-19 pandemic in Portugal: Regional Economic Activity March to December 2020
COVID-19: How has the pandemic affected regional economies in 2020?
24 February 2021


In the framework of a protocol signed between the two entities, Tax and Customs Authority transmits monthly information to Statistics Portugal obtained through the E-invoice system (E-fatura). This information allows the evaluation of the economy behaviour from a regional perspective in the period from March (beginning of the pandemic economic effects) to December 2020 (last month available) compared to the same period in 2019. Some of the main findings:
• Between March and December of 2020, there was, in Portugal, a homologous decrease of 14.3% in the invoicing value and, recording values above the national average, the Algarve (-27.4%), Região Autónoma da Madeira (-21.6%) and Área Metropolitana de Lisboa (-18.2%) stood out. In Portugal and in all NUTS 2 regions, this contraction was more intense from March to July (-18.9% in Portugal), than in the period from August to December (-9.8%). More than 70% of the decrease recorded in Portugal from March to December 2020 was due to the reduction in the invoicing value in AML and AMP.
• From March to December 2020, the invoicing values of the Accommodation activities and Arts, entertainment, sports and recreation activities represented less than half of the invoiced amount in the same period of 2019. In 21 out of the 25 NUTS 3 sub-regions, the Accommodation activities were also the branch with the highest homologous contraction in the invoicing value. In contrast, in 13 sub-regions, the Information and Communication branch scored the most positive performance.
• In the period under analysis, only six sub-regions, all from the Norte region, including the AMP, registered, simultaneously, COVID-19 confirmed cases per 100 thousand inhabitants higher than the national average and a reduction in the invoicing value lower than the country's average. On the opposite side, Algarve, Região Autónoma da Madeira, Alentejo Litoral and AML scored rates of COVID-19 confirmed cases below country's average but a contraction of invoiced values relatively more pronounced (see figure 9)