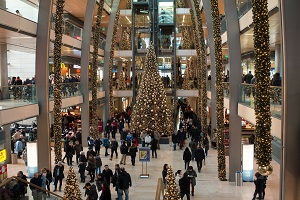 
The Consumer confidence indicator stabilized in December, after decreasing in October and November, significantly in the latter case.

The economic climate indicator also stabilized in December, presenting an irregular behaviour since July. Confidence indicators increased in December in Manufacturing Industry and in Construction and Public Works, and slightly decreased in Trade and in Services.

The balance regarding the past evolution of consumer prices increased in the last three months, slightly in December, reaching the maximum value since April 2012.

The expectations of Construction and Public Works entrepreneurs about the future evolution of selling prices reached again the maximum value of the series, reinforcing the sharp upward movement observed since May. In Manufacturing Industry, the perspectives on selling prices are at the highest value since October 1990. In turn, the selling prices expectations in Trade deteriorated in December, after having reached in November the maximum of the series started in 2003. The balance of expectations regarding the evolution of the charged prices of services also decreased in December, following the increases observed in the previous four months, which culminated in a level close to the maximum of the series registered in November 2005.