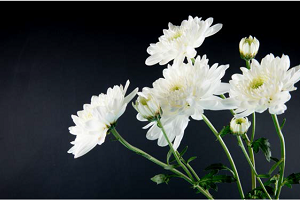 
Strokes continued to be the main cause of death in 2019 (10,975), accounting for 9.8% of mortality and a crude mortality rate of 106.5 deaths of residents per 100 thousand inhabitants. Yet this result reflects a slight improvement in relation to 2018.
Also in the context of the diseases of the circulatory system, there were 7,151 deaths due to ischemic heart disease, representing 6.4% of total mortality in 2019, and a reduction of 1.2% in relation to the previous year. Deaths from acute myocardial infarction (4,275) accounted for 3.8% of total mortality and almost 60% of deaths from ischemic heart diseases in 2019, despite the 7.5% decrease in the number of deaths compared to the previous year.
Diseases of the respiratory system caused 12,243 deaths, 8.0% less than in 2018, and accounting for 10.9% of the total mortality occurred in the country. In this group, deaths from pneumonia stood out, with 4,700 deaths, which accounted for 4.2% of the mortality that occurred in 2019 and a decrease of 18.5% in relation to the previous year.
Among malignant neoplasms, there were 4,405 deaths caused by malignant neoplasms of trachea, bronchus and lung, which represented 3.9% of the total deaths in the country and an increase of 2.0% in relation to the previous year. Malignant neoplasms of colon, rectum and anus accounted for 3.4% of mortality in 2019, with 3,829 deaths (0.2% more than in the previous year).
Deaths caused by diseases of the circulatory system and diseases of the respiratory show a pattern of seasonality, with higher mortality occurring in the coldest months and lower in the warmest months, unlike malignant neoplasms in which the average distribution of deaths shows a very homogeneous pattern throughout the year.