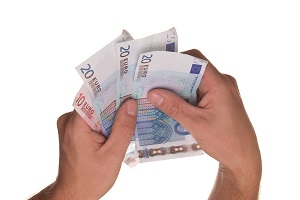 
In the Euro Area (EA), Gross Domestic Product (GDP) in real terms registered a year-on-year growth rate of 0.9% in the fourth quarter of 2019 (1.2% in the two previous quarters). In January, the consumer confidence indicator decreased and the economic sentiment indicator increased in the EA. In the same month, the prices of raw-materials and oil presented monthly rates of change of 0.3% and -5.1%, respectively (3.4% and 5.6% in December).
In Portugal, GDP in volume presented a year-on-year growth rate of 2.2% in the fourth quarter (1.9% in the previous quarter) and a growth rate of 0.6% when compared to the previous quarter (0.4% in the third quarter). The economic activity indicator, available until December, stabilized and the economic climate indicator, already available for January, increased. The quantitative indicator of private consumption decelerated slightly in December, reflecting the less intense positive contribution of the durable consumption component, while the non-durable consumption component presented a more intense positive contribution. The Gross Fixed Capital Formation (GFCF) indicator decelerated in December, as a result of the negative contribution of the machinery and equipment component, the less intense positive contribution of the construction component and the more intense negative contribution of the transport material component.
In nominal terms, the exports and imports of goods presented year-on-year growth rates of 7.5% and 3.0% in December, respectively (7.3% and 6.5% in November). In December, considering the economic activity from the production perspective, there was an increase in industry, after a period of negative rates of change, and a deceleration in real terms in construction and a slightly nominal slowdown in services.
In the fourth quarter of 2019, the unemployment rate stood at 6.7%, 0.6 percentage points above the rate observed in the previous quarter and identical to the rate registered one year ago. The number of unemployed people registered a year-on-year growth rate of 0.9% (-8.3% in the third quarter). Employment decelerated in the fourth quarter of 2019, moving from a year-on-year growth rate of 0.9% in the third quarter to 0.5%.
The Consumer Price Index (CPI) presented a year-on-year rate of change of 0.8% in January (0.4% in December), with a 0.4% growth rate in the goods component (-0.3% in December) and 1.4% in the services component (1.5% in the previous month).