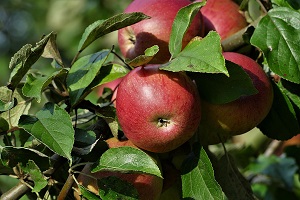 
Early estimates on October 31 point to significant increases in apple (+35% compared to the previous season) and almond (+55%) production, due to favourable weather conditions and new orchards going into production. Yield is also expected to increase in olive for oil production (+20%), with traditional olive groves responding positively to mid-month rainfall. For chestnut, whose harvest began this month, it is estimated a 5% increase in production. In opposition, reductions in pear and kiwi production (-5%) are expected. In vines, the production should be similar to the previous harvest, despite the regional heterogeneity.
As for annual crops, the highlight goes to tomatoes for processing, whose production should exceed 1.4 million tons, in a year with average yields of around 95 tons per hectare, at the best ever. In irrigated grain maize production is expected to be around 700 thousand tons, close to that achieved in the previous season. In rice, and mainly due to low temperatures and low sunlight, a 5% decrease in production is expected.