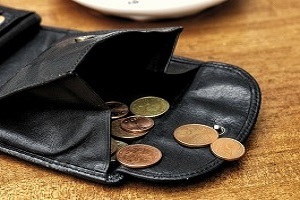 
The Survey on Income and Living Conditions held in 2019 on previous year incomes shows that 17.2% of the population was at-risk-of-poverty in 2018, one decimal point (pp) less than in 2017. The at-risk-of-poverty rate corresponded to the proportion of inhabitants with an annual net equivalent monetary income below €6,014 in 2018 (€501 a month, 34 euros more than in the previous year).
The at-risk-of poverty rate decreased in particular for those aged less than 18 years old, from 19.0% in 2017 to 18.5% in 2018, and the elderly population from 17.7% to 17.3%. Despite the decrease of child at-risk-of-poverty rate, the presence of children in a household continued to be associated with a higher risk of poverty in 2018, especially in the case of households composed of one adult with at least one dependent child (33.9%) and those composed of two adults with three or more dependent children (30.2%).
The indicator joining the at-risk-of poverty, severe material deprivation and low work intensity conditions, shows that 2,215 thousand people are at-risk-of-poverty or social exclusion in 2019. The at-risk-of-poverty or social exclusion is 21.6%, similar to the previous year.