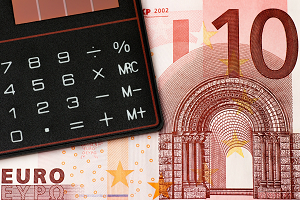 
In 2018, tax burden increased 6.5% in nominal terms, attaining 71.4 billion euros, corresponding to 35.4% of GDP (34.4% in the previous year). This increase in revenue was influenced by the positive performance of all tax burden items. Excluding taxes received by the European Union Institutions, Portugal continued to register in 2018 a lower tax burden than the EU average (35.2% compared to 39.4% in the EU28).
There were similar relative increases in the three main categories: direct taxes revenue increased 6.5%, while indirect taxes and social contributions revenue increased 6.4% and 6.6%, respectively.
Regarding direct taxes revenue, there was an increase of 5.6% in individual income tax (IRS) and revenue from corporate income tax (IRC) rose 9.0%.
Value added tax (VAT) revenue increased 6.2%. Regarding the remaining indirect taxes, it should be highlighted the increases observed in revenue from the real estate transfer tax collected by Local Government (20.2%), from tax on motor vehicle sales (1.3%), from the excise duties on tobacco (2.3%) and from tax on oil and energetic products (1.5%). The revenue from real estate tax collected by Local Government increased again, this time by 6.2%.
In 2016, the most recent year with detailed information for its compilation, the VAT gap was estimated at 939 billion euro, corresponding to 5.6% of the VAT revenue of the year, diminishing 0.8 percentage points comparing with the amount estimated for the previous year (1.06 billion euro).