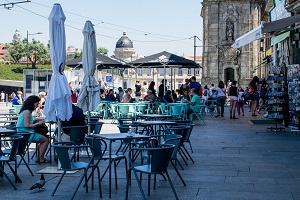 
Based on the information made available until the date of the present flash estimate, the Consumer Price Index (CPI) annual rate was -0.1% in August 2019 (-0.3% in July). This evolution is in part due to the positive contribution of changes in the prices of Restaurants and hotels, while in the opposite direction, the reductions of prices for Fuels were more pronounced in August than in the previous month. The core inflation index, which excludes energy and unprocessed food products components was 0.2% (-0.1% in the previous month). The annual rate of change of the index for energy products is estimated to have decreased to -3.5% (in July, the final value was -2.8%).
The estimated CPI monthly rate was -0.1% (in July, the final value was -1.3 and -0.3% in August 2018), while the CPI 12-month average rate was estimated at 0.6% (0.7% in the previous month).
The estimate of the Portuguese Harmonised Index of Consumer Prices (HICP) annual rate of change was -0.1% (-0.7% in July).
The August CPI final results will be released on September 11th, 2019.