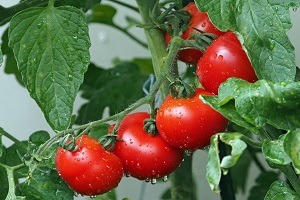 
Early estimates on May 31 point to a decrease in the planted area of tomatoes for processing, as a result of the worsening of plant health problems that occurred in the previous campaign, which led some producers not to install this crop. There were also decreases in the area of sunflower (-20%) and potato (-5%), crops that experienced delays in the installation. In contrast, the assurance of water availability allowed an increase in the area of rice (+5%) and maintenance of the grain maize area. For winter cereals, which are in the ripening stage, there is a general increase in yield (5% in rye, 15% in wheat and oats and 20% in triticale and barley).
For stone fruit trees it is expected a good year, which, despite being late in their growing cycle, have yields well above the average of recent years: in sweet cherry the yield should be close to 3 tonnes per hectare, while in peach will be 12.8 tonnes per hectare.