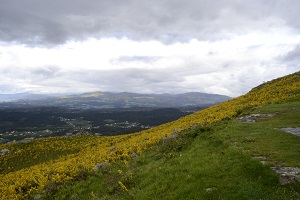 
Statistics Portugal releases the Regional Statistical Yearbooks, which include a wide range of statistical information at regional and municipal levels, relevant to support the understanding of development trajectories and the analysis of territorial-based issues.
From the topics analysed in 2017 it is important to highlight:
• Population: in a context of a slight slowdown in the decrease of the country’s resident population, there was an increase in the number of municipalities registering a population increase (41 in 2016 and 46 in 2017), with the municipality of Porto reversing the negative trend (+0.22%) and the municipality of Lisboa consolidating the increase (+0.22%) started in 2016, in both cases due to positive migratory rates.
• International trade: having the operators headquarters location as a reference, 19 out of the 25 NUTS 3 regions scored a coverage rate above 100%, with higher values being registered in a group of sub-regions located in the Norte – Tâmega e Sousa, Ave and Cávado – and in the Alentejo region – Alentejo, Alentejo Litoral and Alentejo Central – which gathered around 19% of the total value on national exports.
• Construction and housing: Algarve, Área Metropolitana de Lisboa and Região Autónoma da Madeira scored prices of dwellings sales above the value registered for Portugal; these same NUTS 3 regions and Área Metropolitana do Porto also recorded values of new lease agreements higher than the national value.
• Regional and local government: in 89 out of the 308 municipalities, the municipalities’ own-source receipt represented more than 50% of the total of receipts from non-financial transactions, with the municipalities of Lisboa and Albufeira scoring higher values.