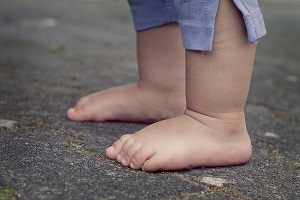 
Summary
In 50 years the percentage of children in the resident population decreased from 29.2% in 1960 to 14.9% in 2011.
In 2013, 82 787 live births were registered (from mothers residing in Portugal), a new low regarding the 213 895 live births registered in 1960. More male children than female children were born (42 219 and 40 567 respectively), although the whole population counts a higher number of women than men due to their higher life expectancy.
Infant mortality rate has reduced drastically, standing at 2.95 deaths of children under 1 year old per thousand live births in 2013, against 77.5 in 1960, placing Portugal in the group of countries in the world with the lowest values in this indicator.
According to Census 2011, around 28% of children of foreign nationality were born in Portugal, i.e. their place of birth is in Portuguese territory. This fact is more relevant for the Chinese community living in Portugal as more than half of the children in this community were born in Portugal.
78.9% of children lived with their father and mother and 13.5% lived only with their mother, in a lone parent nucleus.
In Portugal, around 45.6% of children live in families without other children.
The majority of children studies in the parish where they also live in and go to school mainly by car, taking in average up to 15 minutes.
In 2012, the use of Information and Communication Technologies (ICT) is largely disseminated in the population between 10 and 15 years old: 98% used the computer, 95% accessed the internet and 93% used mobile phones