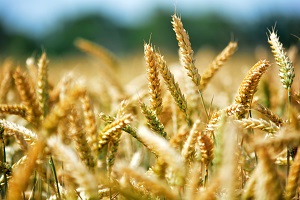 
Portugal recorded a strong external dependence on wheat supply, and for more than a decade, the degree of self-sufficiency has been below 10%. In 2021, only 6.3% of domestic use of wheat (human consumption, animal feed, industrial use, etc.) was based on national production, which compares to 59.9% in 1990.

As a consequence, the trade balance of wheat in Portugal was always in deficit. In 1988 (the first year of the available series of homogeneous information), the deficit was around €48 million, the lowest value of the period, and in 2021 it reached €286 million.

At the end of the 1980s, the main supplier of wheat to Portugal was the United States. However, in 1991, this supplier lost relevance, giving rise to EU countries, mainly to France.

Ukraine and Russia have very reduced weights, respectively 0.5% and 0.3%, in the national wheat import structure (average for 2012-2021). The interruption of direct imports of this cereal from these countries will hardly affect this supply chain. The instability resulting from Russia's military intervention in Ukraine was reflected in the international price of wheat, which, given Portugal's external dependence on this commodity, will increase the trade balance deficit. Moreover, as far as national production in 2022 is concerned, the agricultural forecasts point to a decrease in productivity of 10%, compared to 2021, in a campaign also marked by the significant increase in the price of means of production that, together with adverse weather conditions, contributed to the reduction of the crop area (-8%).

In this scenario, maintaining domestic consumption at the 2021 level, and assuming, as a technical hypothesis, that the export price of wheat at the port of Rouen would remain, until the end of 2022, at the levels recorded on 18 May 2022 (€443/tonne), the expected impact on the Portuguese trade balance of wheat in 2022 would already be a worsening of the deficit close to 60% compared to 2021 (considering the already known data on international trade in goods for the 1st quarter of 2022), corresponding to around €165 million (which would represent close to 1% worsening of the overall deficit, taking 2021 as reference).