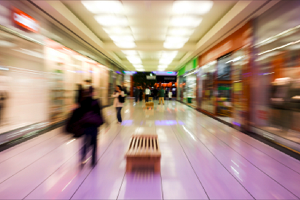 
In the Euro Area (AE), consumer confidence indicator registered, in September, the lowest value in the series. The exchange rate of the euro against the dollar stood, in September, at an average value below parity (0.990), the lowest since October 2002, recording an accumulated depreciation of 16.2% since August 2021. Considering the information already available for October, the price of oil (Brent) registered an average value of 96.8 euros in the first fourteen days, which represents an increase of 6.8% compared to the average value of September, month where the average price diminished by 8.6% compared with August.

The manufacturing price index recorded in September a year-on-year rate of change of 23.0%, decelerating for the second consecutive month after the highest growth in the current series observed in July (25.9%). Excluding the energy component, this index increased by 15.4% in year-on-year terms in the last three months (16.1% in June). The index of consumption goods continued to accelerate markedly, moving from a year-on-year rate of change of 13.9%, in August, to 14.8% in September.

To a large extent reflecting this increase in prices, the short-term indicators of economic activity from a production perspective, available until August 2022, continued to present high growths in nominal terms. The industrial turnover index registered a year-on-year growth of 29.1% (24.3% in the previous month).

In turn, the year-on-year rate of change in the Consumer Price Index (CPI) was 9.3% in September 2022 (9.9% in August 2022), the highest rate of change since October 1992. The annual core inflation rate, which excludes energy and unprocessed food products, maintained the upward trend of the previous months, accelerating to 6.9% (6.5% in the previous month). In the external environment, the differential between the growth in the implicit prices of imports of goods compared to exports increased (rates of change of 28.6% and 18.4% in August, respectively), intensifying the loss of the terms of trade and the deterioration of the external balance of goods.

The overall amount of national withdrawals, payment of services and purchases at automatic payment terminals carried out on the automatic teller machines of the Multibanco network presented a year-on-year rate of change 14.2% in September (17.1% in the previous month).