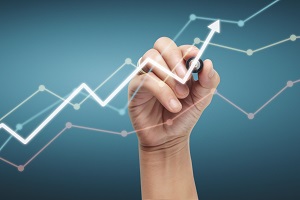 
Considering the information already available for July, the price of oil (Brent) suspended the upward profile verified in the last months, recording an average value of 110.3 euros per barrel in the first fourteen days of the month, which represents a 5.0% decrease from the average price registered in June.

The manufacturing price index recorded in June a year-on-year rate of change of 25.7% (22.9% in the previous month), the highest growth of the current series. Excluding the energy component, this index increased by 16.3% in year-on-year terms, also the highest growth of the current series. Reflecting to a large extent the acceleration of prices, the short-term indicators of economic activity from a production perspective, available until May 2022, continued to present high growths in nominal terms, showing an acceleration from the previous month. The turnover index for industry accelerated significantly in May to a rate of change of 29.0% (18.7% in the previous month). It should also be noted that May had one more working day than May 2021 while April had two less working days when compared to April 2021, which can contribute to the acceleration observed for non-calendar adjusted data. In the external demand side, the more intense growth in implicit prices of imports of goods when compared to exports (rates of change of 24.3% and 17.2%, respectively) translates into losses in terms of trade, which have been worsening in the last months mostly due to prices of energy products, contributing to the deterioration of the external balance of goods.

Sales of passenger cars decreased by 19.3% in the second quarter of 2022, while sales of light commercial vehicles contracted by 35,7% and sales of heavy-duty vehicles increased by 12.3% (rates of change of 12.0%, -9.0% and 5.6% in the previous quarter). The overall amount of national withdrawals, payment of services and purchases at automatic payment terminals carried out on the automatic teller machines of the Multibanco network presented a year-on-year rate of change 19.6% in the second quarter (30.3% in the previous quarter).